Two Shanghainese seafood fanatics and an allergic driver. We plied the route between Portland, Maine and Acadia National Park with a stop at the Maine Lobster Festival.

Maine’s lobster shacks, which continue up from Massachusetts to the Canadian border are casual, seasonal affairs, the earliest opening in May and the season closed in October. Different from the multi-course lobster dinners of Canada’s Prince Edward Island, the shacks are walk-up affairs where customers order at the window, collect orders when ready, and make their own place among picnic tables with idyllic views. The shacks have limited menus: beyond daily seafood most have some non-shellfish like fish sandwich and a handful of non-seafood items and sides. Lobster suppers here are lobster, potato and corn all thrown into a net and cooked together.

As always in our US travel we used roadfood.com, plus book Lobster Shacks by Mike Urban (more a compendium than a critical work). Travel & Leisure just published their The 10 Best Lobster Shacks in Maine. Of all this lists and recommendations were don’t think you can go too astray. My wife and her mother reported nuances in the lobster and steamers, even sampled lobster rolls and a lobster grilled cheese, and every meal was positively reviewed. Forced to pick they liked Young’s Lobster Pound the best, it has one of the most limited menus yet one of the most dramatic settings.

Logistically there are a steady string of shacks along the main coast. We had limited time so principally stuck to ones closer to the main highway. Some can be as far as half on hour down back roads in Maine’s crenelated coast. Many close early in the evening, as early as 7 pm, so don’t count on dining late.

Harraseeket Lunch & Lobster Company was first out of the gate as we headed north from Portland. Great setting, extensive menu, near to Freeport and its LL Bean stores. “When I Get Hungry I Get Moody.” My request was a stop to fill up at Moody’s Diner, halfway up to Acadia. After a hearty meal I ordered a four-berry pie, the site of which broke the will to resist of my companions, and we soon added several more slices of pie. 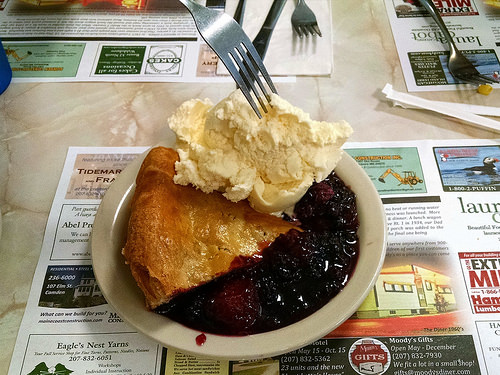 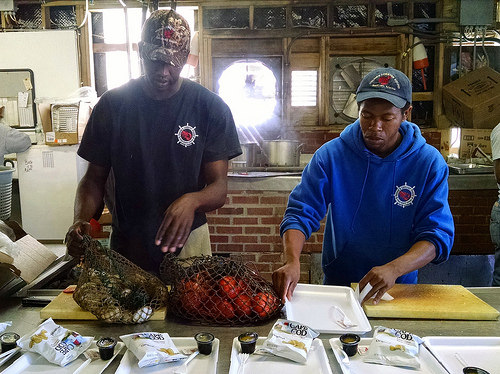 Up around Acadia National Park we sampled two shacks.

In Southwest Harbor is Beal’s Lobster Pier. We branched out to lobster grilled cheese and lobster stew. A bit more pricey due to its location near the park. 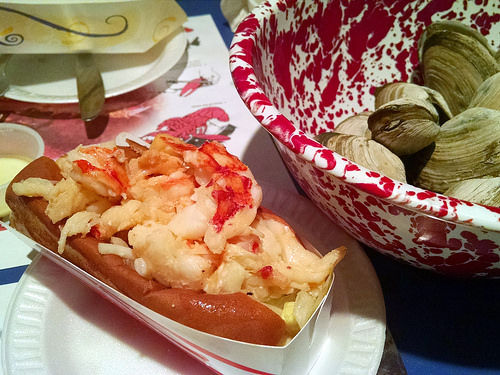 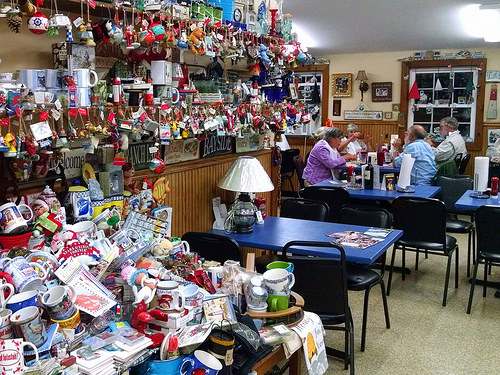 Methinks there will be a request to return in 2015.

@rapidtravelchai – thank you I enjoy your posts!

another shanghainese seafood lover here. How many days do you recommend for a maine trip if the primary reason for visit is to eat?

@danny – Portland has become a foodie town, that is worth a weekend though it is more modern American rather than seafood-centric. For seafood-specific it was around the 3rd night that my wife said she needed a break from the lobster shacks. As delicious as they are it is a bit repetitious and as you go farther up the coast there are fewer interesting alternatives. So we were quite happy with Day 1 up to Acadia with lobster shacks for lunch and dinner, Day 2 lobster shacks around Acadia, Day 3 the road back to Portland with Day 3 night/Day… Read more »